Celebration of the 40th anniversary 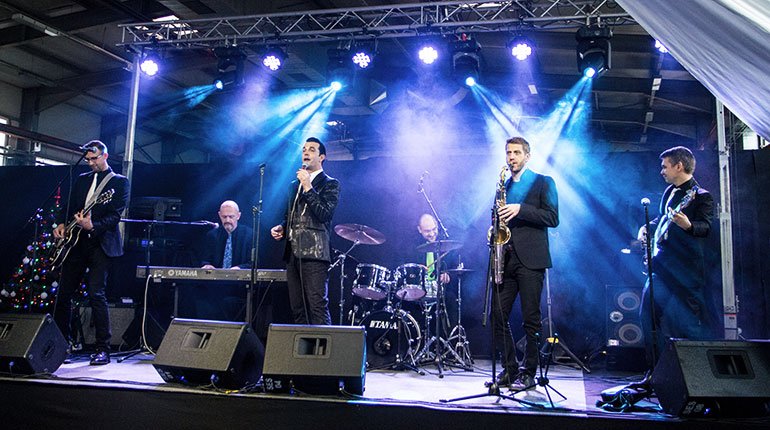 Celebration of the 40th anniversary of our company

On 19th December 2019, we celebrated the 40th anniversary of our company. To this end, we organized a party with special entertainment and culinary program for our employees, customers and suppliers.

The director of our company, Mr. Damjan Žvelc, and the founder of the company, Mr. Pavel Žvelc, were holding a speech for all attendants. Our guests were also greeted by the mayor of the town Cerklje na Gorenjskem, Mr. Franc Čebulj.

Later on, the entertainment continued with the sounds of well known music group Rok’n’band. Along the dance floor, guests were entertained by Čupakabra’s jugglers, who also prepared a fiery spectacle.

Send us an inquiry

40 years of experience in the field of metal machining, expertise and all the necessary certificates are a guarantee for a superior service. We look forward to your inquiry!
+386 (0) 4 281 6500
Contact Us